This page provides us with the opportunity to highlight all of the fantastic fundraising events that our amazing supporters have planned, what they have already achieved and most importantly, our chance to say a massive THANK YOU to everyone involved.

Malcolm Steven is a retired Consultant Rheumatologist and founding member of the Puffin Pool.

"I have signed up for the Loch Ness Etape and thought it would be an incentive if I fundraised for the Puffin Pool.  It will be an opportunity to ride down the main road without any cars or lorries. I do cycle a bit but 66miles will be a record for me. There is also the 4 mile hill out of Fort Augustus so I have been loaned an e assisted bike by Mark at Dryburgh Cycles - it’s still a lot of work, believe me.

It has been a difficult couple of years for the Puffin Pool with the COVID restrictions so any support you can give will be appreciated by the users and by the Puffin Pool Board.

To donate just go to my Just Giving page using the link below and if you choose to add Gift Aid a tax refund will boost your donation.  Thank you."

BURNS SUPPER - A fantastic night celebrating the Bard was held on 25th January 2020, at the Strathpeffer Pavillion. Attendees enjoyed a wonderful 3 course meal, catered by The Red Poppy, entertaining speakers and music by Grouse, ceilidh band. Over £5000 was raised from ticket revenue, aution bids and raffle donations. An amazing effort by everyone involved. A HUGE thank you to all who donated aution lots and raffle prizes, bidders and attendees.

Ross County Football Club - A massive thank you to everyone who attended the home game on Saturday 5th October 2019 and contributed to our bucket collection.  An amazing £1270.68 was raised. Many thanks to all at Ross County, who drew 2:2 with St Johnstone. 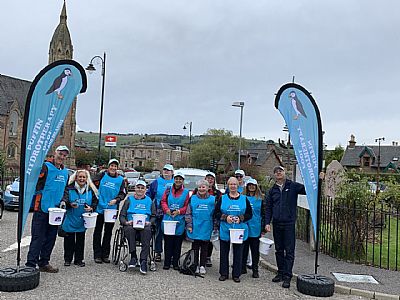 Contin SWI - We have recieved a wonderful donation of £400 from the Contin Scottish Women’s Institute who held a stall at the Strathconon Games and again at Rogie Falls.  That’s a lot of cake ladies!  Thank you so much!

Amateur League FA Final - This Final took place on September 7th 2019, at Bught Park, between Maryburgh and Loch Ness. We raised £277.34 in our bucket collection. Many thanks to Maryburgh FC, who nominated the Puffin Pool as their charity of choice. We are also delighted that the SCBU at Raigmore, nominated by Loch Ness, will benefit from the same figure.
Congratulations to Maryburgh who won 3-2 in extra time!

Bonnach Challenge - We were delighted to be nominated as one of the recipient charities to benefit from this event which took place on 31st August 2019.  We will update you on the amount raised once we are notified.

Classic Car Rally - Fortrose and Rosemarkie Classic Car Group held a classic car rally in Fortrose on 31st August 2019. They have donated a fantastic £200 as a result of this event. Many thanks to all involved.

Race Night - The Bank of Scotland held a race night and donated over £6000 to our fundraising effort. A huge thank you to all involved.

Aigas Golf Club  - Held a Ladies Day on Tuesday, 2nd July and raised a magnificent £470.  Thanks all involved and hope that it went with a swing!

Highland Cross - THis annual event took place on 22nd June and we are delighted to have been identified as one of the major recipients from funds raised this year. Our Board members and Pool Staff were delighted to volunteer on the day to help support this amazing event and we were astounded and delighted to recieve a cheque for a whopping £40,000.  Here are a couple of pictures from the post-run catering and the marshalls

! Well done to all who took part and a huge THANK YOU to the organisers. 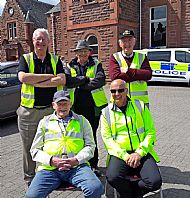 Raffle - At their recent concert at the National Hotel, Dingwall on Saturday, 25th May, “Voiceworks” held a raffle which generated £100. They have kindly donated this money to the Puffin Pool. We are extremely grateful to them for their support. 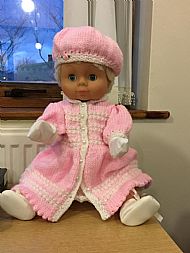 Cup Cake Month - We are delighted that Harry Gow's Bakery identified us as the recipients of this year's cup-cake month. The proceeds for May sales for the cup-cakes has meant a whopping £4000 donation from Harry Gow.  Hope you enjoyed lots of these cup-cakes with the knowledge that you were supporting a great cause.

Wade Walk - We were delighted to be named as one of the benificiaries of this Dingwall Rotary Club annual event for a second year.   Lots of us took part on the day, which thankfully stayed dry, and the cup of tea, sandwiches and home baking waiting at the finish was greatly appreciated.  We were delighted with the donation of £1,500. 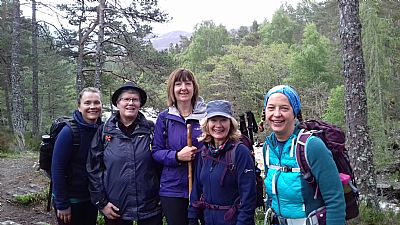 Here are 2 of our Board members and a few friends on the 15 mile walk enjoying the scenery. 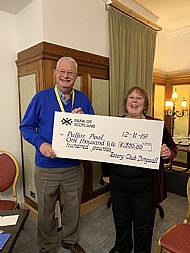 Concert - Was held in Cromarty which has resulted in a donation of £500. Thank you.

Soup and Sandwich Lunch - Took place in Kilmorack Hall on Saturday 11th of May and raised a fantastic £1547.66.

Hen Walk - We were delighted to have been identified as a recipient of funds raised from this third year of Johnny's Hen Walk which took place Saturday 20th April. An amazing £3,355.67 was raised. Our Board Chairwoman, Helen Charley, met the family to collect the cheque and said "What a privilege to meet such a lovely family. On Johnny Hen’s stone it simply says “No Problem” He was a man who was always doing so much for others, and his family still is. Thank you so much from all who use the Puffin Pool" 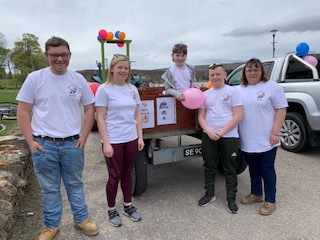 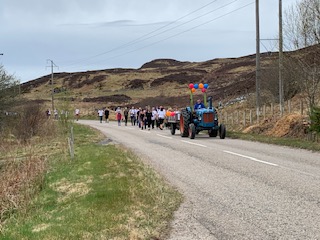 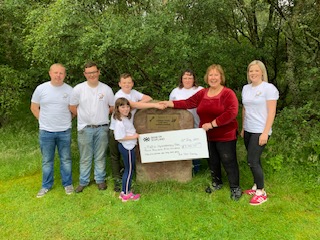 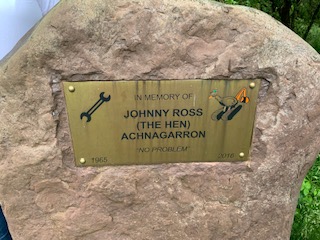 Open Garden - Helen opened her spring garden to allcomers at The Old Mill, Rosemarkie on 13th and 14th April, raising a staggering sum of over £1000. Helen wants to thank to all who attended in the sunshine and especially the Cromarty band "Clinging to the Wreckage". 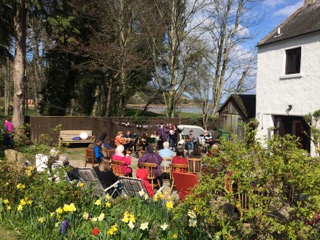 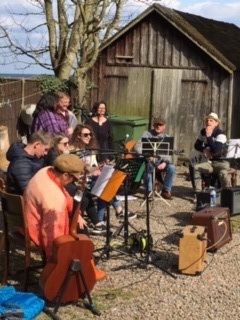 Soup Lunch - Many thanks to all those who contributed to the £163 raised at the Free Church Hall, Muir of Ord.

Puffin Walk – The Puffin Pool Staff walked, cycled and ran from Tain to Dingwall (22.8 miles) on 3rd March 2019. Thanks to everyone who has supported this fantastic effort through sponsorship and donation and helped this event raise and amazing £2,195.

Race Night - Oscar's Bar, Dingwall kindly hosted a Race Night on the 2nd March to help in our fundraising campaign. They raised over £1000! What an amazing donation.

Swim - Fiona McLean, who works at the Spa Pharmacy, Strathpeffer, swam 22 miles during February 2019. This is the equivalent of the English Channel! Fiona undertook this mammoth effort in the Dingwall Leisure Pool and so far has raised over £500 and counting.

Tap Dance Classes - Carol Ann Fleming held tap dancing classes over the past few months and raised a "show-stopping" £320 towards our target.

Quiz night - Nina Campbell held a fun quiz night in Strathpeffer Community Hall on 15th February and raised an amazing £1,120. Thank you to everyone who took part and congratulations to the winning team!